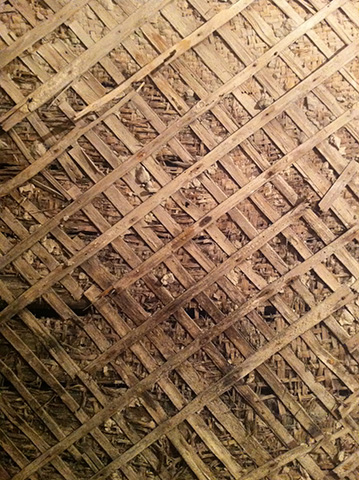 Alexander Brodsky understands the architecture as an art and this position is determinant in his work. Initially, his formation was defined towards the artistic world since he wanted to be a painter but finally he graduated as an architect. In the period from 1996 to 2000 he was settled in New York. He returns to Russia in this last year and created Alexander Brodsky bureau. He was born in Moscow, where he lives and also works.

His first achievements were developed together with Ilya Utkin. They were considered "Paper Architects", those who projected visionary even oneiric worlds, exclusively on paper, during the eighties. It was their answer to the impossibility to develop something outside the standardized construction dictated by the Soviet administration. This graphic work is marked by his interest about Piranesi but the same way it evokes a few wider reading on these works that seem to be only one. Are a few new urban worries anticipating us from the contrast between the mass and the singularity, from the static thing and the dynamic thing?. Are they proposing discontinuities?.

Its first buildings were pavilions which are characterized by the precarious materials and the temporality in its conception but not about pure beauty. Its context, its city, which he sees in a pessimistic way contributes an interesting variable for defining and understanding the qualities and critical values of these spaces. Inside these restrictions, he develops a few proposals especially specific and highly singular for the environment in which they are located. Elements that from the deepest intuition condense at the same time the local needs ant and they project it towards the future; As the 95th Restaurant, the Ice Bar and the Pavilion of the Vodka. All of them are strange elements to the area in which they will be inserted by a strong character of autonomy that opens a debate to us on the architectural object in itself. In the same way, the definition of the limits as determinant surface between the project and the place is key to understand them. How are these borders constructed?. How change, at the time that they structure the space?. We try to study certain lines of this architecture from its dialogue with the context and from whom presents a radical route for the construction of a new contemporary and vanished landscape.